Let’s introduce you to the band…………..(in alphabetical order to avoid bruising egos!) 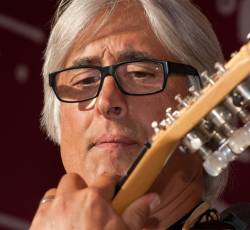 Ijaz Bhatti – Ijaz provides the ultra-high notes in the harmonies, (some of his performance can only be heard by dogs).  Playing guitar, our ‘Silver Fox’ has ambitions to return to Glastonbury one day in an attempt to find his youth (and his mind) that he left there many years ago.  Ijaz,  is also one of our songwriters having already penned Atlantic Road and our CD title track, “Trees on the Hill” with more songs are on the way….. 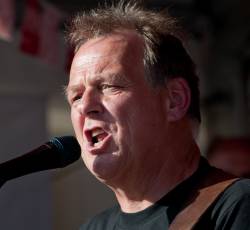 Steve Cooksey – As well as singing lead and harmony vocals and playing guitar, Steve is unarguably our musical director.  He tirelessly works out the harmonies for each song and then beats us if we get them wrong!  Steve started singing as a choir boy at the age of 7 and hasn’t really stopped since.  His love of technology as well as music led him into a career as a sound engineer, initially in London recording studios followed by a spell in the West End mixing sound for some of the top musicals before coming to Cornwall in 1991.  He performed for many years in Blind Panic, a local duo, and built his own state-of-the-art recording studio near Launceston.  Due to the huge advance in recording technology, the studio no longer exists but the musical creativity continues resulting in a fine debut CD for the band produced with a laptop in a small office! 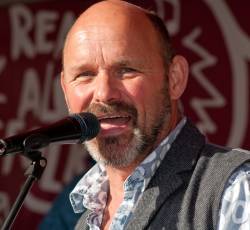 Steve Gilbert – Singing both lead and harmony vocals, Steve is also the MC of the band giving him the opportunity of talking a lot and doesn’t he just!  Having spent 30 years on stage as half of popular mobile disco, Platinum II Roadshow, it’s dawned on Steve that he has always been a frustrated musician (and some would argue that he still is!)  He also handles a lot of the admin and is usually the first point of call for arranging performances. 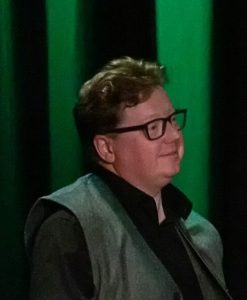 Adam Herring – Adam has joined the band as a lead guitarist and a keyboard player but the main reason was to lower the average age of the band! Adam has been part of country family band, Yorkie and is a highly versatile musician. He also has a magnificent sense of humour. In fact, he’s almost perfect except that he doesn’t drink cider! 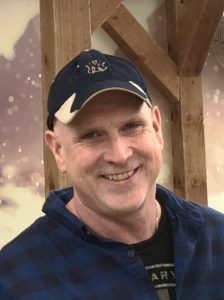 Simon Wrench – Simon plays ukulele bass, electric bass and contributes various other instruments and occasional vocals both on recordings and in live performances.  Hailing from Plymouth, he has played in many bands of all types over the past 35 years, firstly as a drummer and then concentrating on bass and guitar for the latter half of his career.  He was a founder member of the Plymouth stalwarts ‘The Barracudas’ and he’s also appeared with Cornish bands, The Backdoor Men, Silverback and Blacktop Deluxe.  He has even been a last minute stand in with both Al Hodge and the Cornwall Youth Jazz Orchestra (not all of them!).  He’s certainly been around the block!

He now lives in Launceston with his wife Christine, two dalmatians and a parrot.

It was with immense sadness that The Countrymen announced the death of fellow band member, Alan ‘Brin’ Brinicombe. On 9th June 2019 he finally succumbed to a fairly long and torturous battle with his cancer. Even when confined to home with palliative care, Brin never lost his sharp dry wit and considered his situation as just a massive pain in the arse.

Brin was our original lead guitarist whose impressive CV runs back to before when some of us were born. He played with us until it was too painful and performed his last gig at The World Pasty Championships at The Eden Project in March 2019. Brin played a major part in finding a suitable replacement in Adam who he had played with on numerous occasions.

Never wishing to be in the limelight, it was always a challenge to catch Brin in a photo, which was a shame really, as he was always by far the most snappily dressed member of the band. There wasn’t, and never will be, anyone cooler than Brin in the band.

Brin will always be a member of The Countrymen albeit an absent one and his influence, his humour and his talent will be sorely missed.

But most of all we will miss our friend.