This will be the highlight of our Concert Micro-tour 2019 which has proved to be highly successful.  We are planning to make this a very special evening so book your seats now. Tickets are £10.00 on line at www.crbo.co.uk/countrymen and £12.00 on the door. 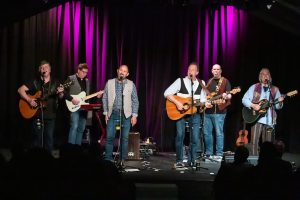 And now some great news! We are delighted to announce that we will be joined by a special guest, Mike Silver.
Having just celebrated fifty years recording;
taking his music far and wide through many European countries and further to the Falkland
Islands, New Zealand, the United States and Canada and with this release of Alchemy, a
retrospective celebration of a life in song; Mike at 73, is still gigging and touring with as
much skill and enthusiasm as ever.
While Alchemy was Mike’s nineteenth studio album, his largely self managing career has
ensured that he is a highly respected musician for the initiated, and a rewarding surprise
for the uninitiated. Mike operates somewhat under the radar, the travelling lifestyle having
not quite brought the international fame and fortune which it has for some others from his
era! However, the loyal fan base he has amassed over the years ensure that every gig is a
treasure to behold and lovingly attended by his friends, both old and young, ‘old hands’
and recent converts!
Some exciting highlights pepper Mike’s musical career, having been immersed in music
full time since his twenties. For a while he was signed to Elton John’s illustrious label
Rocket Records in 1973. This led to a live session for Bob Harris’ BBC Radio1Show and
two appearances for Radio 1 in Concert supporting Randy Newman and Annabel Lamb
respectively. Mike signed to Big John Records, London in 1979 and recorded his Midnight
train album with them. One of his compositions from that record; “Maybe its Just Love”,
was covered by Justin Hayward. Mike then went on to record a number of albums on his
own label. In 2003 his song “Not a Matter of Pride” was picked up first by Bob Harris and
then by Terry Wogan and featured no less than 14 times on Terry’s Wake up to Wogan
BBC Radio 2 show. 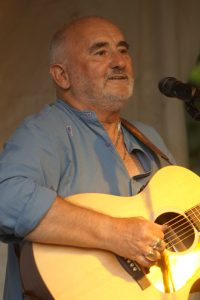 More recently, earlier this year Mike was again selected for airplay on BBC Radio 2 with a
track from his latest album Alchemy, released on our Folkstock Label
http://www.folkstockartsfoundation.com/folkstock-records-2/ getting airplay on Cerys
Matthews Monday evening show as well as the Folk Show. ‘Oh Doctor’ being the favoured
track. Not only was he embraced again by the national radio, which has Europe’s biggest
listener audience but he was also selected for play by BBC Introducing for both his region
in Devon and Cornwall and by legendary Tom Robinson (of ‘2-4-6-8’ fame) who runs
shows on BBC 6 Music, both of whom were most enthusiastic about Mike, for which this
was their ‘first time’! Incidentally, the BBC Music Introducing has just happened again, this
time from Hereford & Worcester!
If you’ve also not come across Mike before, you will be able to savour his restrained yet
effortless, honest vocal delivery.
Mike was referred to in glowing terms in Del Newman’s seminal book ‘A Touch from God.
It’s only rock n roll’. “For me, Mike does for music what Lowry did for painting. His songs
are about ordinary people and ordinary events, but he can craft a song that can make you
cry. That is a gift”.
In Mike’s own words:
‘I am still surprised by my own enthusiasm about playing and creating music. It is the more
exciting to me than it was when I began recording in 1969 because back then, I had no
idea at all what the future would bring, the amazing people I have become acquainted
with, the fantastic friends I have made, and in witnessing the pleasure that folks have
derived from my music. 50 years on it is still drawing me in!
During the time that I have been involved with music, the question; ‘how long do you think
you will be able to do this?’ has occasionally occurred to me! Each time it has I have
ended up agreeing with myself to accept another small extension. These days the
question comes more often than before but I never imagined that I would find myself in the
position of having written performed and recorded, primarily my own songs over a period
of fifty years. I still find myself moved when people are moved by my music because it still
surprises me that they are! Not that I didn’t want or hope for that, far from it! I gain huge
amounts of energy and drive when I hear applause or someone takes the time to tell me
that my performance had an impact on them. I’m sure most performers are at least
similar? Without that feedback wouldn’t we all just be playing to blank walls or empty
rooms? How much fun would that be? It is simply a thing of wonder to me, that my music
has the capacity to reach out and touch people. What more could I ask for?’

This site uses Akismet to reduce spam. Learn how your comment data is processed.